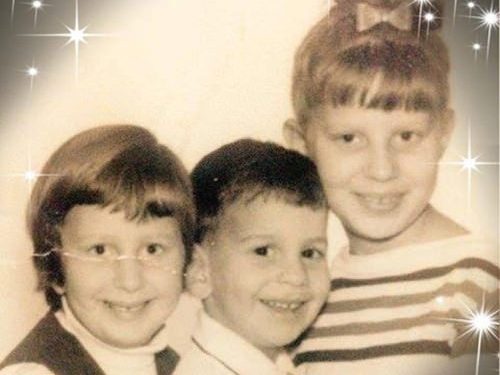 The Zall Company’s founder Stuart Zall developed a love of making deals early in life. At age five, he began selling flower and vegetable seeds door to door to earn pocket money, charming the neighbors with his friendly personality and determination. 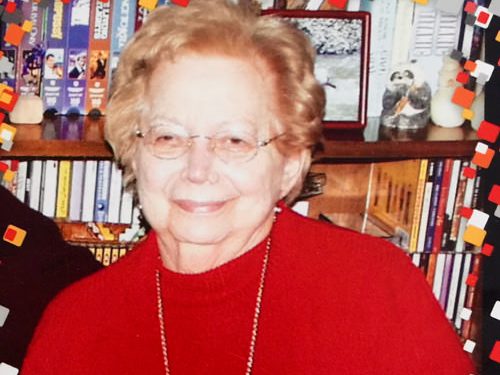 His father had passed away when Stuart was just three years old, and his mother Shirley singlehandedly raised Stuart and his two sisters in Colonia, New Jersey. “My mom was amazing,” Stuart says. “She made sure I always stayed busy and involved in activities like Little League and youth group.” 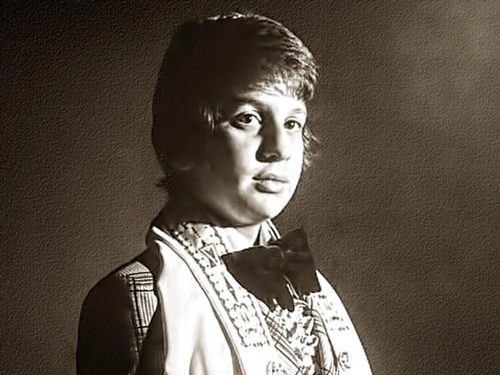 When Stuart was 12 years old, Shirley took the family to Colorado on a family vacation by train—a precipitous trip that sparked his early love of the Centennial state. “Before we left, with the help of my mom I bought four cases of Coors unpasteurized beer and sold it all back in New Jersey at a four-time markup,” Stuart says. “I was always trying to figure out creative ways to make money.”

After returning to Colorado several times to ski, Stuart decided to study at the University of Denver where he received his B.A. degree in Accounting. Working for Arthur Andersen after college exposed him to the commercial real estate industry, and Stuart felt a natural affinity with the people, sales, and problem-solving aspects of the business. He decided to take classes so he could pass the state exam to get his real estate license. 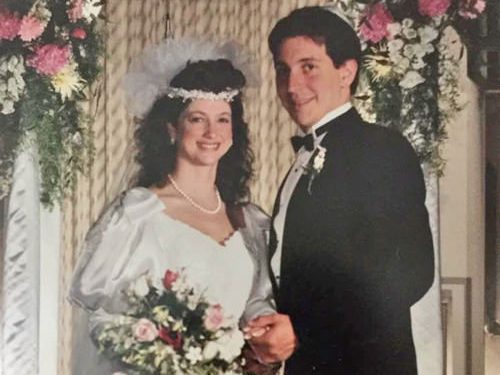 In early 1989, Stuart began working for The Taubman Company in San Francisco. “Working for Taubman is where I first learned the ins and outs of retail leasing,” says Stuart, whose early projects included leasing the new Cherry Creek Mall in Denver. “I learned about making sure all the categories are covered properly, and the art of creating a sense of community.” Most importantly, in May of that year he married his wife Elise, an acclaimed jewelry designer.

From 1993 to 2000, Stuart served as vice president and director of Lord Associates. “I met Courtney Lord when he was developing malls in places like the Bay Area, Seattle and Arizona, and was exposed to many major luxury brands,” says Stuart.

In 1996, the company asked him to help open the new Lord Associates West office in Denver. Although Elise was pregnant at the time, she was game to make the move. “We have family in Colorado and we both felt good about the opportunity,” she says. That same year Stuart also wrote his infamous letter, entitled “Contents May Burst Under Pressure,” to the chairman of Costco just prior to the birth of his third child, Jacob. 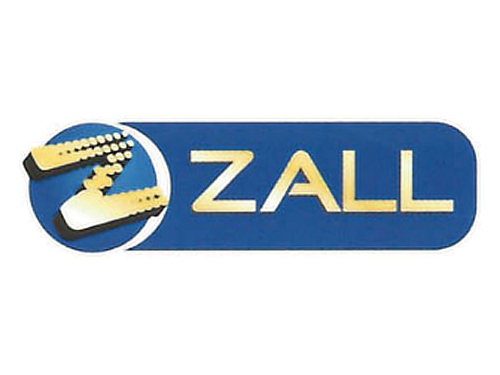 Stuart had been thinking about someday launching his own company. In 2000 while waiting for a delayed flight at the airport, he had a pivotal conversation with a stranger. “She was dressed head to toe in St. John knits and wore the biggest Jewish star pendant you’ve ever seen,” Stuart says, chuckling. “I told her I was considering starting my own business, and she said in a very decisive way, ‘Stop thinking about it and just do it!’”

He launched The Zall Company that year in April, and when the Taubman Company contracted for one project in Miami the business was officially off and running. 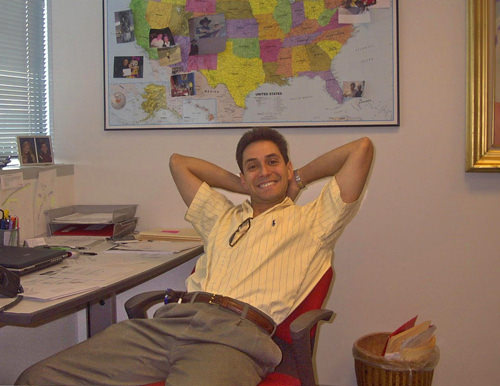 Before long, Stuart was handling four clients and needed help. His good friend Gerardo Aguinis, now a principal, was the fledgling company’s first employee. “When I first decided to work with Stuart, we bought a folding table from Home Depot that we set up in his office and that was my desk,” says Gerardo. “The company didn’t have a website in those days, so we really started from scratch. The way we differentiated ourselves then is what still makes The Zall Company unique today—our commitment to our clients, the personal attention we give, and the way we view our relationships as long-term partnerships where we all succeed together.”

In 2004, the growing company moved to a larger location at 4725 S. Monaco. In addition to running the day-to-day business, Stuart was doing consulting projects all over the country. “By then we had five people and our slogan was ‘There’s no deal small enough,’” Stuart says. “But our deals were definitely getting bigger; we were working with landlords like Denver Pavilions and tenants like Williams Sonoma, Uno and Shiekh Shoes.” 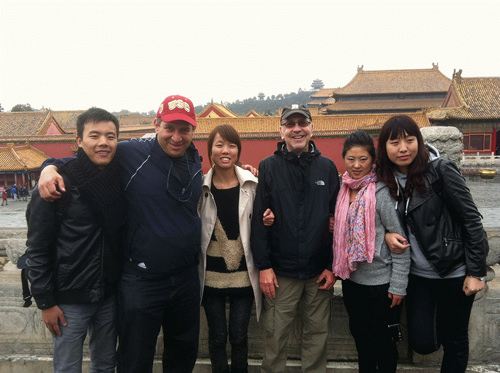 Then the economic meltdown hit in 2009. With business stalling in the U.S., Stuart expanded his focus overseas and engaged in a project to lease a large outlet mall in Xian, China. “I’d sleep a few hours, work all day, sleep a little more, and get up and work on Denver projects at night,” says Stuart, who now speaks passable Mandarin.

The Colorado economy was finally back on the upswing when Stuart returned in 2012, and The Zall Company worked on projects in Cherry Creek North and helped bring stores like H & M and UNIQLO to Denver. “It was fun to be one of the new hires back in 2012,” says broker associate Kyle Framson. “The Zall Company has always been relationship-driven, and that includes our staff, too. We have an open office and we all know what’s happening with all of the projects. Because we each offer different skills and expertise, we help and support each other and our clients.” 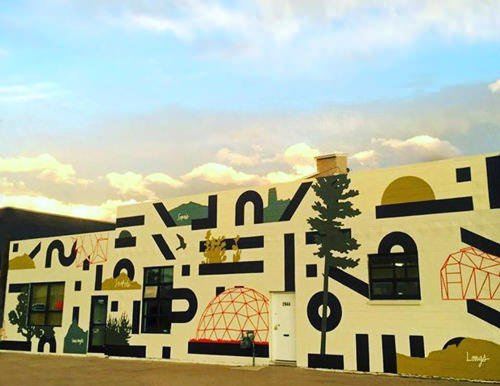 In 2014 when he realized that nearly everyone on the team lived near downtown Denver, Stuart wrote a goal: By 2015, I want to buy a building in a cool area downtown to help us grow our business. The company purchased its current building at 2946 Larimer Street in 2015 and relocated in early 2016; the neighborhood, known as River North or RiNo, was just on the cusp of a major redevelopment. “Everyone thought I was crazy to move to RiNo, but since then this area of Denver has exploded,” Stuart says. In a sweet stroke of luck, The Shake Shack moved in right across the street. 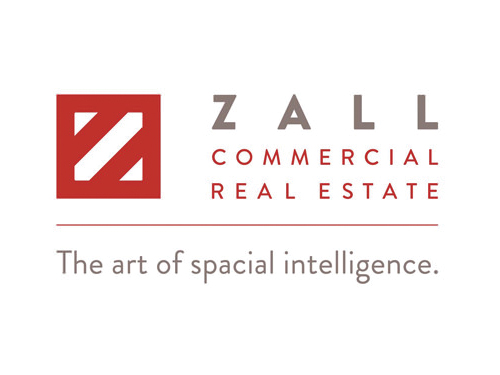 Today The Zall Company has seven employees and works with retailers, landlords and developers from all over the country with offices in Denver and Boca Raton. “Working with Stuart always opens doors,” says broker associate Stacey Glenn, who is in charge of the new Wyoming office, oversees marketing and has been with the company since 2009. “He knows people everywhere he goes, and you never know where his connections are going to land.”

With a love of making deals that has only deepened with time, Stuart enjoys helping teach young people about the business and giving back to the community. “I truly love what I do,” he says. “We get to work with some of the best malls in the country, and the top of the top tenants—the icons of the industry. We’re problem solvers, and we get a kick out of anticipating issues and helping our clients do what it takes to get open. We’re helping shape shopping experiences for the better, and we work with tenants that improve their communities.” 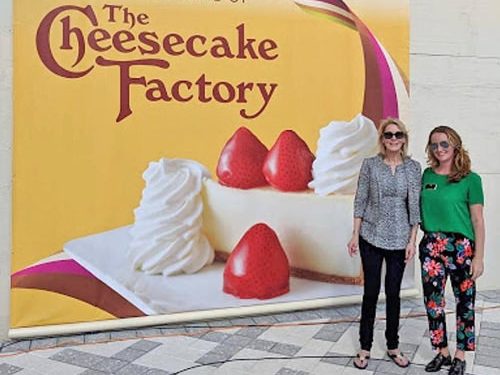 All First to Market